A part of Jason’s Memorial Fund was very kindly donated to Accompany of Kids! This overwhelmingly gracious donation helped us
purchase mirrors for the studio, which has been a long time need of ours. Not only has it been a need, but a wish, a hope, a dream
and now a reality. Thank you to Jason and his family for helping support Accompany of Kids. 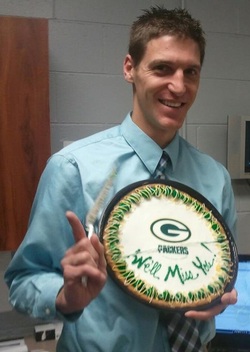 Jason Taggart began his career with Accompany of Kids as a member of the Crescendo program in the summer of 2000. He was the oldest member of the program, so instead of being a giant among the other members, he made his AOK debut at the Falls in the Park show in Menomonee Falls alongside the established, year-round AOK performers. That fall he auditioned his way into AOK, where he would spend the remainder of his high school career, until he graduated in 2004.

Jason loved AOK!  His energy and smile filled the room, especially when surrounded by his AOK family. What struck people most was Jason’s strong sense of dedication. He spent a great deal of time practicing and always aimed to give more than his best when performing on stage. In addition, he always gave of his time to help and support others in the group, regardless of age or experience. He led by example with his punctuality, positive attitude, and efforts and actions both on and off the stage. Despite his dedication and work ethic, he never took himself too seriously, and more importantly, was kind to all. He is most famously known for appearing on stage in nothing but a towel, a duckie floatie around his waist and a mic in his hand.  Even after he graduated in 2004, he came back as a director on various levels in addition to being a Stage Manager, which is the role he had filled over the last couple of years.

On Saturday, February 11, 2012, Jason passed away after a long battle with epilepsy. The Jason Taggart Spirit of AOK Award is given in his honor to a current member who exemplifies the characteristics that set him apart as a dedicated leader. This member will be given an award of $250.00. Our hope is to give this award on an annual basis to a deserving member who will continue to give back to Accompany of Kids, just as Jason did. Jason was an important part of the Accompany of Kids family and will be sorely missed. His years on earth may have been short, but his memory will eternally live on in the hearts of the many who loved and respected him.